Posted on August 1, 2011 by Natalie Muccillo 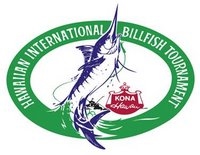 Five days of brilliant fishing in Kona, HI came to a close this past weekend at the 52nd Hawaiian International Billfish Tournament. 28 teams competed this year, with Port Vila Game Fishing Club out of Vanuatu taking first place. New Zealands Bay of Islands Swordfish Club #2 took second place, as well as bonus points for catching the biggest Blue Marlin of the Tournament.

Peter Fithian, who founded the tournament in 1959 had this to say about the tournament on the HIBT website. Every year, the Big Island of Hawaii extends such warmth and aloha to the anglers and their families. HIBT thanks this community for 52 years of aloha. All 28 teams putting points on the scoreboard really emphasized Kona’s internationally acclaimed reputation for great sportfishing. 2011 proved to be another fantastic year at HIBT.

Dates are already in place for next years tournament, so make sure to sign up early for what will surely be another wonderful tournament on the Big Island.

All totals, standings, and quotes courtesy of http://www.hibtfishing.com/